The First Image After Closest Approach 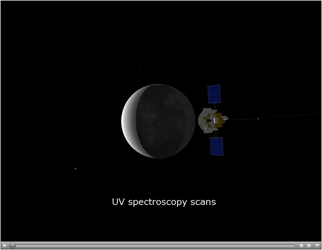 The WAC snapped this image just 8 minutes and 47 seconds after the MESSENGER spacecraft passed 200 kilometers (124 miles) above Mercury's surface, its closest distance to the planet during the mission's second Mercury flyby. The closest approach occurred over the dark night side of Mercury, as can be seen in the animation, so the MDIS cameras had to wait until the sunlit surface was visible before beginning to image while departing from the planet. The crater in the upper right corner of this image is Boethius, which can also be seen in the WAC image released yesterday (see PIA11246 ). These images overlap and will be used to produce the highest-resolution color mosaic ever obtained of Mercury's surface.