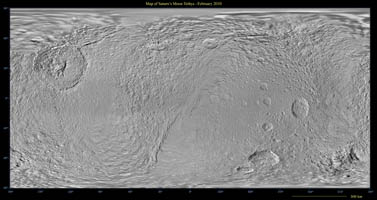 This map is an update to the version released in June 2008. See PIA08416 . Unlike the 2008 and earlier iterations, this new map does not use Voyager images to fill in gaps in Cassini's coverage. Only Cassini images are used here.