Cassini’s Closest Views of Dione I 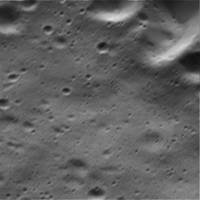 NAC Image
Click on the image for larger version

This two-in-one view of Dione from NASA's Cassini spacecraft includes the mission's highest-resolution view of the Saturnian moon's icy surface.

The view, from the spacecraft's wide-angle camera (WAC), includes an inset view, near center left, from the narrow-angle camera (NAC). The NAC view (also available here at its full resolution) shows features about 10 times smaller than the WAC view.

The images were acquired simultaneously during a close flyby of the icy moon on Aug. 17, 2015. The views were obtained near the time of Cassini's closest approach to Dione during the encounter, like PIA19654 . The NAC images in these two image releases are the highest resolution views of Dione's surface acquired by Cassini.